by Craig Richer
in Health
A A

I have mentioned in a lot of my articles the big impact that an aesthetically pleasing smile has on various levels of people’s lives and the fact that everyone desire to have a nice smile.

One of the most frequently used methods to enhance a smile is orthodontic treatment. I decided five years ago to incorporate orthodontic treatment with FASTBRACES®️ Technology in the spectrum of my dental services. I want to say a few words about my first approach with FASTBRACES®️ Technology, which happened due to Dr. Evangelos Viazis, a friend and fellow student from the Dental School of the University of Athens and a real clinical star in providing FASTBRACES®️ Technology with more than seventeen years experience by that time, who called me an afternoon in the office and said to me that his brother and founder of FASTBRACES®️ Technology Dr. Anthony Viazis wanted to expand in Cyprus and proposed me to go in one of the seminars that were taking place in the USA to train and become the first FASTBRACES®️ provider in Cyprus. I remembered the passionate way that Dr. Evangelos Viazis spoke about the technology and the fact that the treatment happened in a matter of days with no extractions. 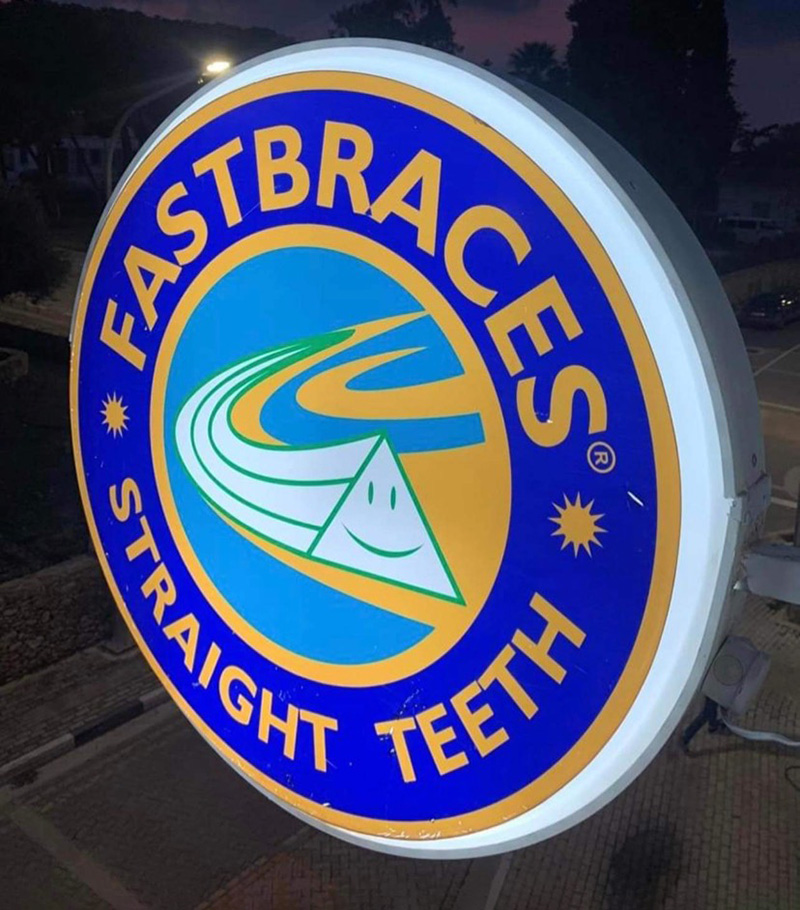 FASTBRACES®️ Technology was invented, as I mentioned, by the world-known Dr. Anthony Viazis, a professor in the field of Orthodontics in the USA, back in 1990. Today dentists from over 50 countries apply this technology in their daily practice since it has been documented either in the scientific literature or clinically.

Teeth are not properly aligned in the dental arch because they haven’t erupted properly. So in the mouth, they look tilted, inclined, overlapping, or have spaces between them.

As studies and clinical applications proved, the FASTBRACES®️ brackets, which are unique with their triangular shape, move both the root and the crown at the same time, bringing the whole tooth to their final position, the position that the tooth was supposed to go if it was erupted properly, from the first until the last day of the treatment with only one square wire.

The movement at the same time of the root and the crown explains the short duration of treatment which in some cases is 120 days.

Another huge advantage of the orthodontic treatment with FASTBRACES®️ Technology is that we don’t need to extract any tooth to create space for the aligning of the other teeth. With FASTBRACES®️ Technology, as the root moves towards its final position, the bone follows the root, new bone is created, and it is on that new bone architecture where the crown-root complex is located when its movement is completed. This characteristic of the FASTBRACES®️Technology, to create new bone where the teeth can settle in their final position when they finish their eruption, was acknowledged as a patent to FASTBRACES®️Technology.

As all dentists know around the “crooked” teeth, the new term that FASTBRACES®️ uses is mal-erupted teeth, there are Gram-negative bacteria that not only make difficult the treatment of gingivitis but are also linked to medical diseases like Alzheimer’s. With FASTBRACES®️ Technology, we can move these mal-erupted teeth to their final position, reduce the amount of Gram- bacteria, and give a chance to the dentist with a proper cleaning to treat the gingivitis and restore the balance between Gram+ and Gram- bacteria. Therefore straightening of the teeth could now be considered the mandatory preventive treatment and no longer elective as we now have the solution to upright the teeth. The treating of the gingivitis around the mal-erupted teeth has also been acknowledged as a patent to FASTBRACES®️ Technology.

As I mentioned before, the unique triangular shape brackets, also acknowledged as a patent for FASTBRACES®️ Technology, which mimics the triangular shape of the crown-root complex, allows for more distance between the brackets, so the wire becomes more flexible, and the movement occurs faster. These movements are accomplished with light forces which mimic the eruption forces. The placement of these brackets is very easy.

Definitely, FASTBRACES®️ Technology is a revolutionary approach in Orthodontic treatment, and it allows the general dentist to give patients a beautiful smile in a very short time.

Finally, I would like to say some words about FASTBRACES®️ legend Dr. Evangelos Viazis the most experienced FASTBRACES®️ provider in the world. I am personally grateful to Dr. Evangelos Viazis not only because he encouraged me to involve in the Orthodontic field with FASTBRACES®️, a field that was completely unknown and not charming, I can admit, but he guided me with his clinical experience and wisdom to accomplish the first fifteen cases and become a senior master provider and become familiar with FASTBRACES®️ Technology.  A lot of the techniques and guidelines that FASTBRACES®️ providers use worldwide are based on the long-lasting clinical practice of Dr. Viazis.

COVID-19 and Mental Health: How Two Therapists Stepped Up for Patients in Need