by Emily Manifold
in Music
A A

Independent alternative singer-songwriter Hunter Lyons recently disclosed his debut EP Trust In A Stranger to be released on May 28th. The 5 songs on the EP, which were written over the course of 3-4 years in Lyons’ early ’20s, tell the story of Hunter’s journey as a young man transitioning into adulthood socially, romantically, and professionally. Sonically, drawing from years of experience creating music in a variety of different genres, Lyons is able to incorporate all of his influences into this record. Trust In A Stranger is indie-rock meets soulful Americana; a perfect combination to disrupt Nashville’s crowded country music scene.

The stories told within the songs are relatable and take the listener on an emotional ride as a 20-something-year-old going through life; the highs (literally) and the lows. Whether it’s a heavier rock song about a lingering Ex (“Something About Her”), an emotional love letter (“Have I Told You”), or an indie-rock tune about taking molly in college (“Lady In A Plastic Coat”), Lyons bares all outlining his life experiences and is able to show his range in songwriting, production, and evocation of emotion throughout the EP.

Brian May ‘Back to the Light’ Shines on With Remastered Reissue 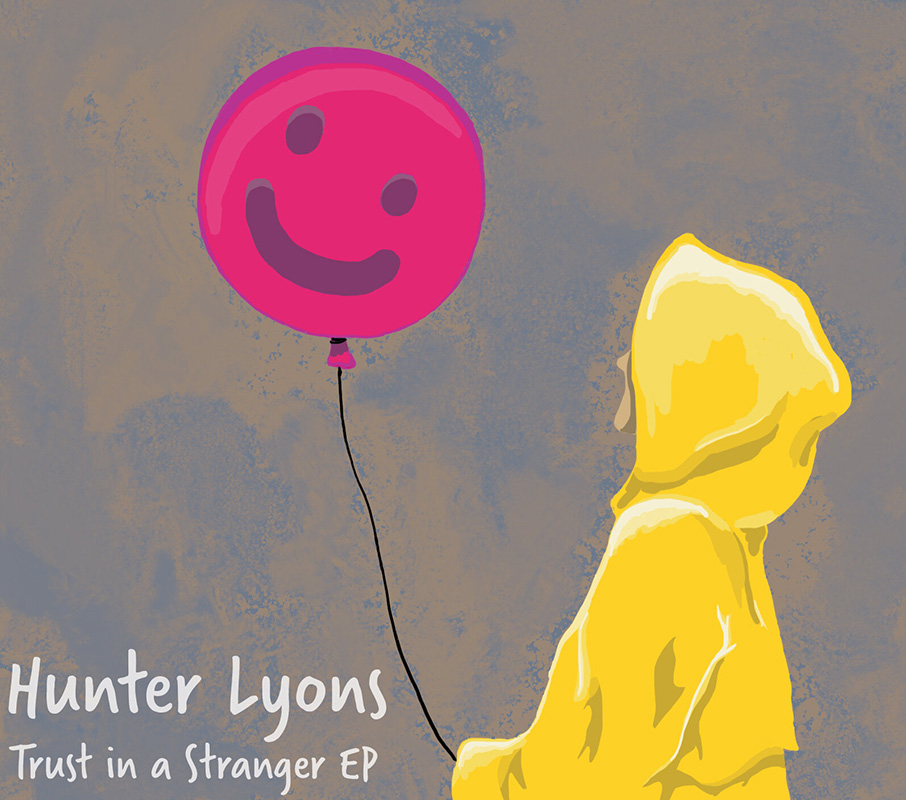 Though the EP was written some years ago, the recording process, in part because of COVID, took almost 2 years. Beginning in November 2019, Lyons flew in his college buddy Steven Katona to create the percussion for the record. Lyons was adamant about having each musician on the album bring their own style and personal touch instead of hiring out-session artists for the job. This decision showcases a unique mix of textures throughout the 5 songs, especially paired with Lyons’ non-traditional genre-elusive style.

After running into him multiple times in downtown Nashville, Lyons was very fortunate to work with Grammy Award-Winning bassist Dave Roe on Trust In A Stranger, recording the EP in Roe’s Seven Deadly Sins Studio in Goodlettsville, TN. Roe also performed all the bass parts on the record.

Sharing personal stories dealing with strong emotion can be difficult for artists like Hunter, but he hopes that listeners “can find a connection in these songs with something they’re either currently experiencing or have experienced in the past, and maybe find or reaffirm the thought that many of us go through the same struggles and ups and downs like everyone else at some point in life.”

Brian May ‘Back to the Light’ Shines on With Remastered Reissue

Director of Photography Eunicet Pamela Keeps Growing in the Film Industry: This Is Her Story

DRESSX: The Future of Digital Fashion

Canon, Inc. and IBM Launch Collaboration in Entertainment and the Arts in Japan

Become a Member of the Azzi Watch Club at Azzi Jewelers