by Dennis Keller
in Music
A A

Hot off his release of piano house single “Not Enough,” Staten Island’s Zack Martino returns to the Armada imprint and his roots with ‘Snow White‘ featuring Kyle Reynolds. Fusing house with splashes of Zack Martino’s punk influence, the new release is an homage to the artist’s musical past, present, and future. Widely renowned for his infectious chart-topping dance anthems, Zack Martino shines once again with this exhilarating summer romp available now on all platforms. ‘Snow White’ receives an accompanying music video on Monday, August 30.

Paired with Kyle Reynolds’ hypnotic vocal flair, ‘Snow White‘ intertwines pulsating synths with an invigorating seasoning of electric guitar. Pounding hearts with a driving bassline and a sprinkling of percussive elements, ‘Snow White’ seamlessly bridges the gap between electronica and rock. Doubling as the perfect post-breakup song as well as an excitable party soundtrack, ‘Snow White’ glistens with its undeniably addictive rhythm and carefree ardor. Teaming up with producer Reed Hoeschler (Rightfield), Zack Martino, and Kyle Reynolds create a modern punk anthem for the 21st century. 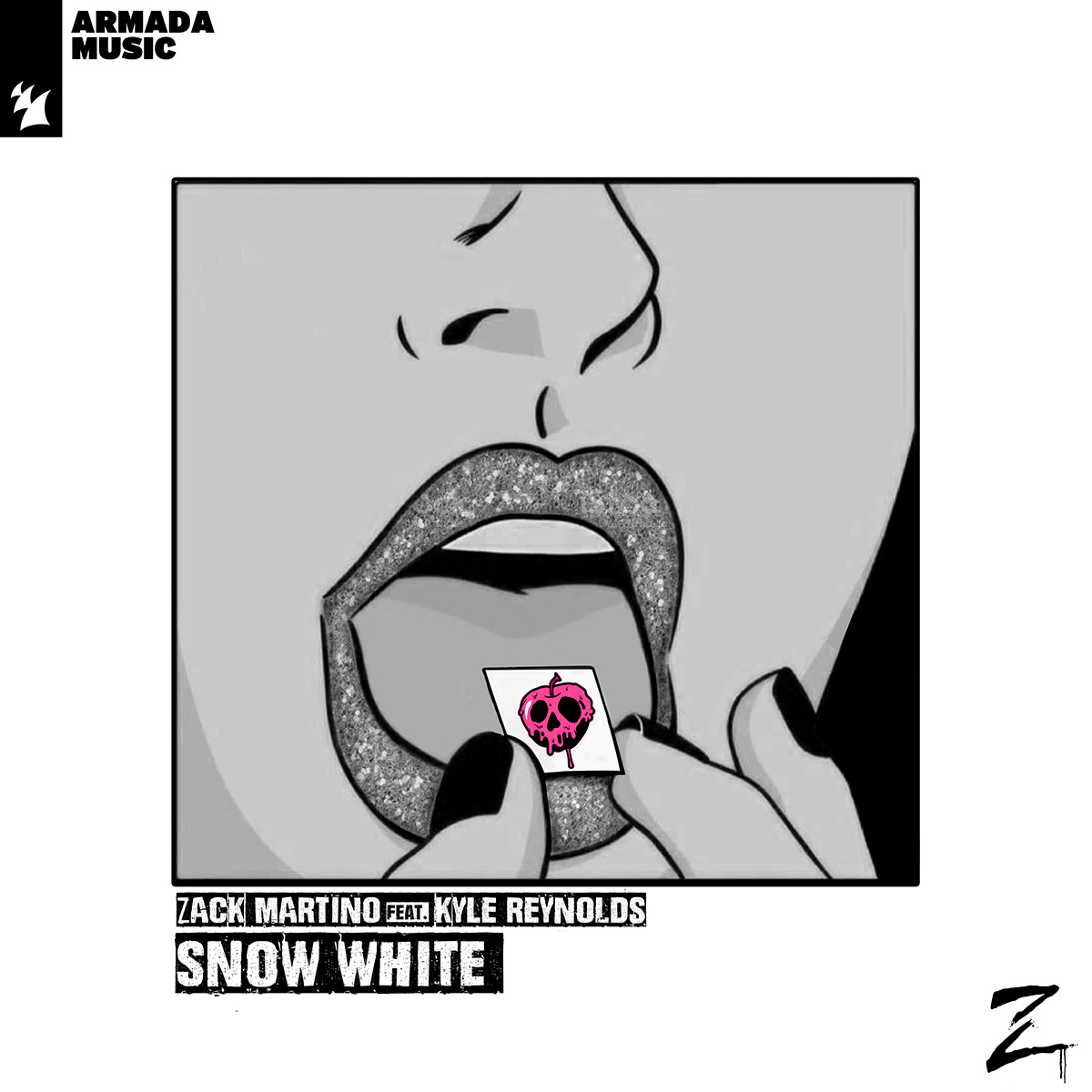 Zack Martino and Kyle Reynolds bring the lyrics of their new collaboration to life with the track’s music video. Stepping into a day of the life of a girl experiencing a breakup, the video follows the character as she attempts to make the best of the situation by attending a pool party where Zack Martino is performing. As the video progresses, the party intensifies with jubilant energy that can be felt through the screen as Kyle Reynolds’ vocals and Zack Martino’s masterful production soar in the background. “This record’s about falling for someone who just isn’t ready for a relationship,” says Zack Martino on his new single. “It’s a toxic tale about how a girl wants to fit in when she’s losing sight of reality.”

“Kyle & I have been writing songs together for about a year now. We decided on our next song we wanted to dive into our roots and give everyone a refreshing take on a dance/punk crossover. We both grew up on bands like Blink-182 and Sum 41, so it was super fun incorporating those types of elements into a dance song.”

Detailing his own personal account of the making of ‘Snow White,’ Kyle Reynolds recalls memories of a songwriting camp with Connor Musarra, Daniel Kaneswaran, and Gill Chang. “The morning we were writing, we were all venting about past relationships in LA that turned to disasters,” notes Reynolds. “That day, we left with the start of ‘Snow White,’ a journal entry cocktail of all of our experiences. A month later, I got introduced to Zack [Martino], and I showed him the initial draft of the song. He said, ‘DUDE, WE HAVE TO FINISH THIS.’ I was a fan of Zack and his work, so I was quick to say yes. We ended up finishing it together over the next few months and are so stoked on how it came out.”

Achieving over 50 million streams across all platforms while landing on prominent labels, Zack Martino’s trajectory toward stardom is fast-tracked by his impressive discography. Having performed at legendary venues across the country alongside Borgeous and Tritonal, the New York native consistently delivers danceable tunes admired by millions of listeners far and wide.

A Song That Calls for Change